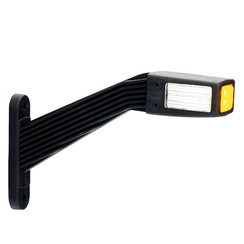 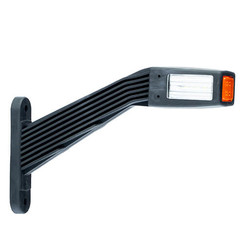 The LED width light with angled stem from the 145 series of the Fristom brand gives a nice appearance to your truck and trailer.

The pendant lamp has a flexible rubber housing and a hardened polycarbonate lens. A wide beam lamp that can take a beating! In short, this wide beam lamp is perfectly suitable for mounting on your trailer, caravan, camper or lorry, for example. The lamp has all the E-markings and necessary certifications to be allowed to be used on public roads.