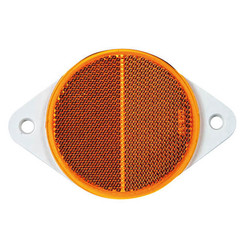 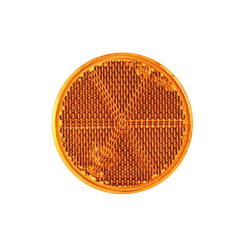 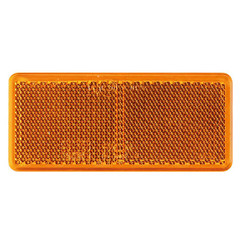 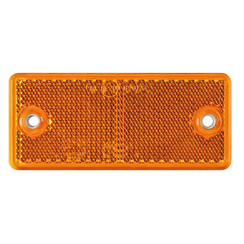 Reflectors are intended to make you, as a road user, more visible in traffic. A reflector itself does not give light, a reflector reflects the light in the same direction. There are various colours and shapes of reflectors. In addition to an orange (amber) reflector, white and red reflectors are also available. There is a round orange reflector but also a rectangular one. On some vehicles, for example a trailer, reflectors are compulsory.

Why should I have reflectors?

It is for you and your fellow road users very important to have reflectors on your vehicle. Retroreflectors contribute greatly to safety in traffic. By using reflectors, you are in fact well visible. The retroreflector reflects light in exactly the same direction.

What is the difference between an amber and an orange reflector?

An orange reflector is also called an amber reflector. Amber is in fact another word for orange. Amber has a natural orange colour. Amber is simply the same as orange but it is used as a technical term.

What is the difference between a retroreflector and a normal reflector?

A reflector reflects light. A retroreflector is a type of reflector that ensures that the light is also reflected in a certain direction. Namely in exactly the same direction as where the light came from. This is very important in traffic because it makes you highly visible to your fellow road users.

How to mount your reflector on your vehicle

Is an orange reflector obligatory on my trailer?

If you are looking for orange reflectors, you have come to the right place at TRALERT®. TRALERT® has been a specialist in LED vehicle lighting for many years. Due to the expansion of its range, it is also possible to purchase products such as reflectors from TRALERT®. If you have any questions about any of the products you can always contact us.

When will my orange reflector be delivered?